This is a before and after 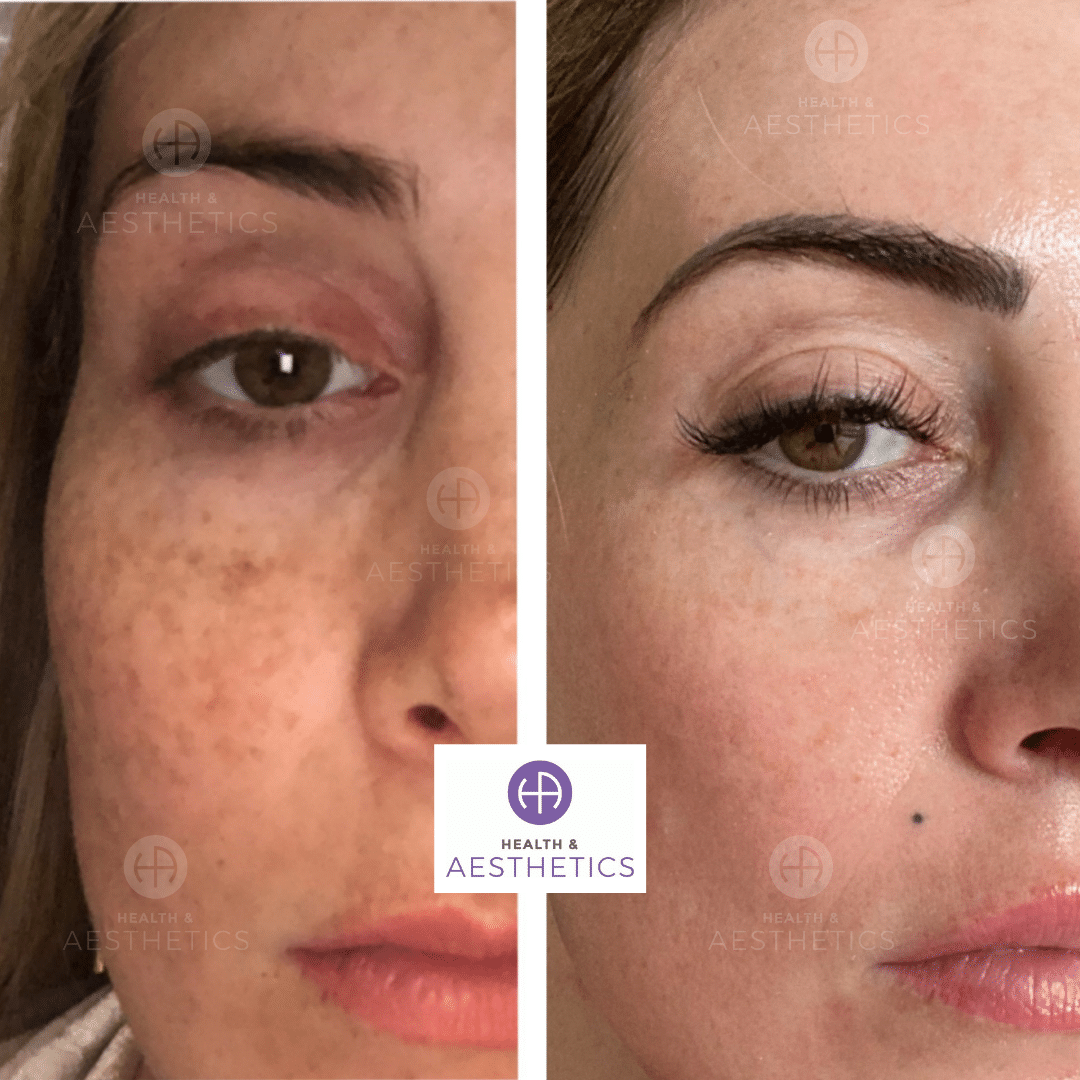 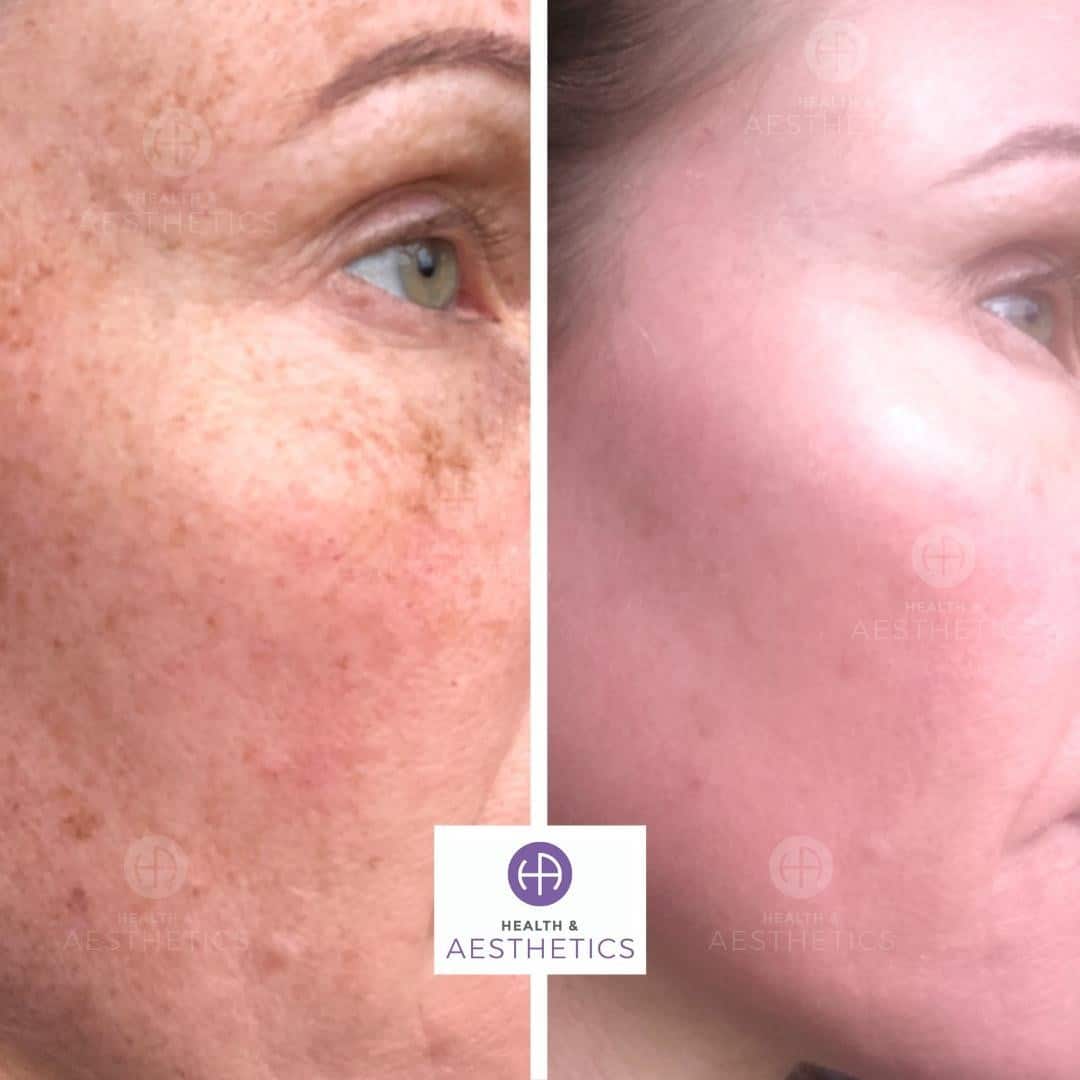 This patient suffered from sun-damaged skin, which caused pigmentation on her face.

We placed her on the ZO Skin Brightening Kit (alongside medical grade SPF) to start with as it is designed for the visible treatment of hyper-pigmentation without the use of hydroquinone and retinol.

This is the perfect treatment not only for those starting cosmeceuticals but also those wanting to prepare their skin for laser treatment to treat and reduce the risk of hyper-pigmentation.

After 4 weeks, she was able to introduce the Retinol Skin Brightener. With a unique and potent blend of retinol, vitamin c, antioxidants and melanin inhibitors, this is a comprehensive multi-action formulation to minimise redness and maintain restored skin.

Bespoke system to treat a range of acne 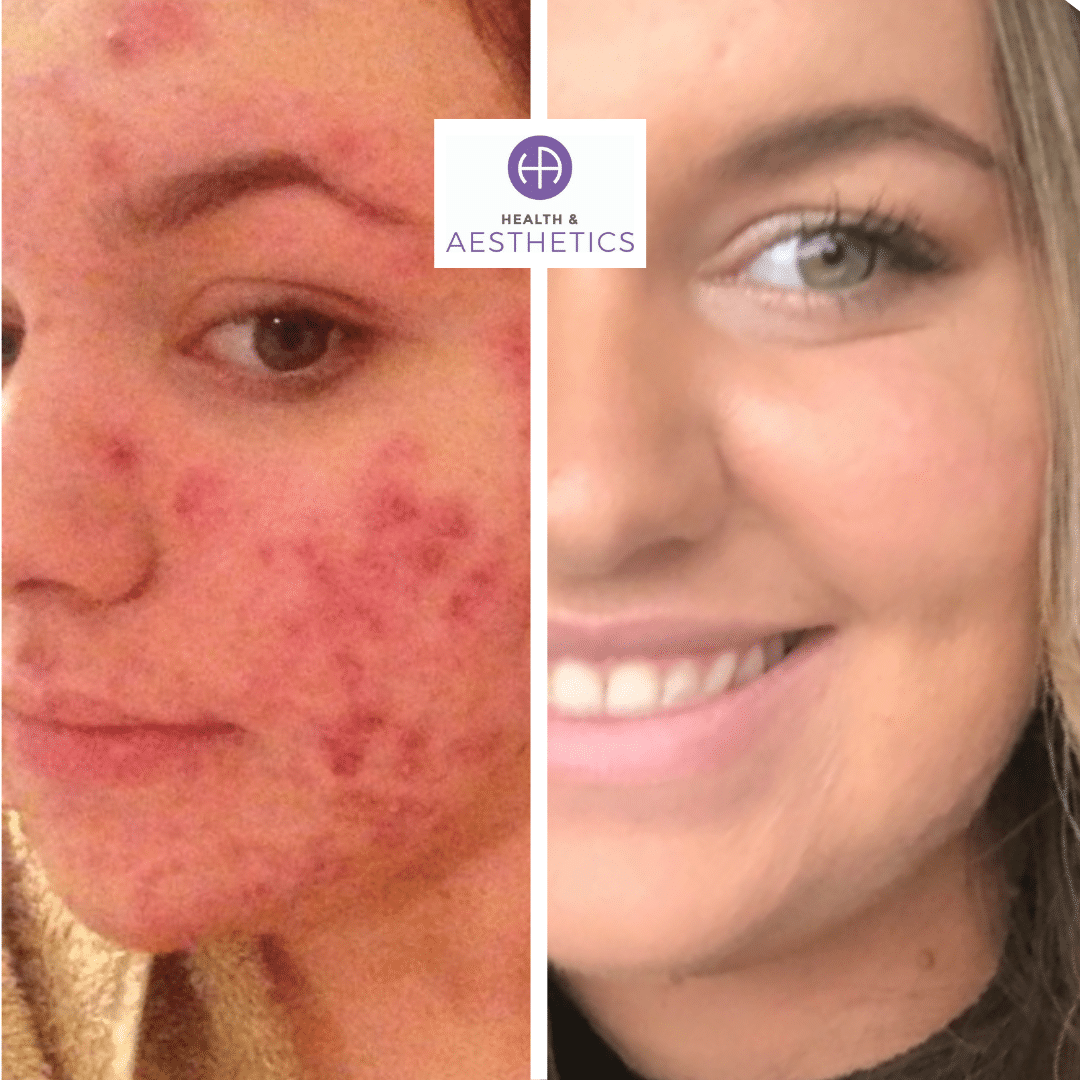 Before being prescribed Roaccutane by her local GP, the patient had tried everything to help clear up her skin – from over-the-counter products to spending hours on sunbeds – in the hope that it would dry out her spots.

Despite overhauling her diet and trying over-the-counter products, she wasn’t seeing any difference in her skin – so she turned to her GP who referred her to a dermatologist. At first, she was prescribed an antibiotic called Lymecycline Tetralysal – but when that didn’t combat the boils, she was put on a course of Roaccutane.

Although it is considered very effective, the controversial drug’s side effects can include anxiety, significant changes in mood, difficulty moving arms, skin rashes, headaches and more. Although the NHS website states that these affect less than one in every 1000 patients unfortunately, our patient suffered “awful” side effects from the medication, including frequent nose bleeds and depression.

But when she reported back to her dermatologist, she was told to either deal with the side effects or accept the acne.

Unsure whether she should continue with the treatment, the patient and her mum researched a skin range called ZO Skin Health, and was prescribed the products by Dr Rekha Tailor.

She started using a bespoke system of ZO products in March and had six-weeks of peeling and redness but has since had completely clear skin. This includes: Exfoliating Cleanser, Dual Action Scrub & Oil Control Pads – along with introducing retinol in slowly via the Wrinkle & Texture Repair.

How Can I Get Rid of Maskne?

If you’re serious about protecting yourself — and others — from the very real dangers of Covid-19, you’re wearing a mask when…