Having a baby is a joyous occasion. But, the anticipation of going through labour can be nerve-wracking. While there are plenty of unhelpful horror stories that may heighten your nerves, there are also some aspects of birth that aren’t as widely discussed as they should be.

It may seem easier to stay in denial about what it entails, but not having a clear understanding of what your labour may involve can add further stress to the experience. Whereas preparing yourself can help you feel more in control and minimise worries. So, what do you need to know? 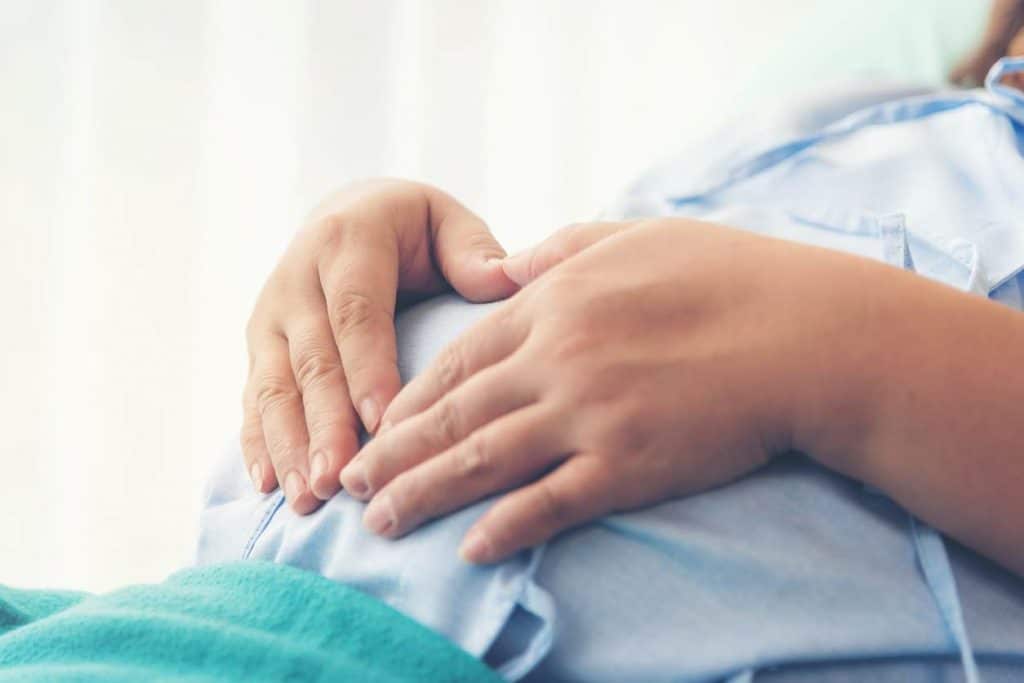 How much will it hurt?

In a recent survey conducted by Health & Aesthetics, it was found that over half of women’s biggest fear surrounding childbirth is the pain.

We can’t pretend that childbirth isn’t painful, as it’s called labour for a reason. However, some methods can help you cope with the pain of early labour and feel more relaxed such as breathing techniques, having a bath, changing positions and asking your partner to massage you.

Many women also choose to take pain medication. A 2018 study found that 71% of pregnant women get epidurals or other spinal anaesthesia to relieve pain during childbirth. An epidural numbs the nerves carrying pain signals from the birth canal to the brain by an anaesthesiologist.

However, there are some possible side effects to this such as difficulty to urinate, the second stage of labour being slowed down and your legs feeling weak and heavy.

Independent midwife Tina Perridge, said: “The only pain relief which is 100% effective is an epidural. If it isn’t effective, the anaesthetist should be told so that they can fix it. Other forms of pain relief don’t completely remove the sensations but help the woman to cope.”

Women can try alternative methods such as hypnosis and homoeopathy or have natural births.

Dr Rekha Tailor, founder and medical director of Health & Aesthetics, said: “In advance, decide whether you want any pain relief and create a birth plan so your doctor or midwife is aware of your wishes. But an alternative pain relief technique may be suggested instead.”

Will I defecate in front of people?

Something that isn’t widely discussed is that, while pushing your baby out, you’re likely to accidentally excrete. Keep in mind this is extremely common and won’t phase the medical staff.

“The body very conveniently tries to empty the lower bowel before labour and many women report loose stools at the outset,” Tina said.

Almost one in twelve said they were most afraid of unexpected bowel movements during childbirth. While only 2% were concerned about their appearance during labour.

Tina added: “The baby’s head moves down the birth canal and compresses the rectum so any poo left in there will be pushed out just before the baby is born. This is totally normal and midwives are very pleased to see it as it means the baby will be born soon.”

One in ten respondents were most afraid of the recovery process after childbirth, which on average takes six to eight weeks. Giving birth requires a lot of energy and your body will need time to heal from this trauma. But there are a few ways you can ease the symptoms.

Rekha said: “As well as caring for your baby, ensure you take care of yourself by resting and not pushing yourself too hard. Regularly check in with your doctor to ensure your recovery is on track, especially if you’re concerned about your health.”

After childbirth, you’ll experience vaginal bleeding and discharge, known as lochia, for up to six weeks. The bleeding is often heaviest for the first three to 10 days. Until it gets lighter, use maxi pads and avoid tampons. If you’re bleeding through more than one pad every hour or there are large clots, contact your doctor.

To soothe aching breasts, place an ice pack or heating pad on them. You could also gently massage them and ensure your nursing bra is comfortable. To prevent or treat cracked nipples, apply lanolin cream – if you’re breastfeeding and using nursing pads, change them at each feed. 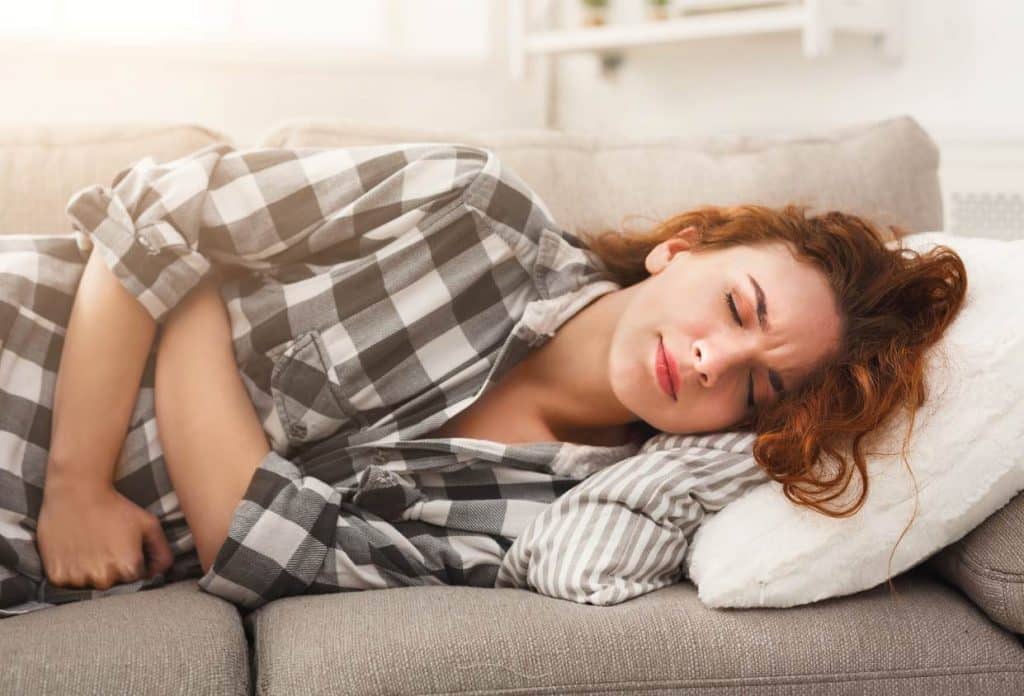 It takes six to eight weeks for your uterus to shrink back to its pre-pregnancy size. This can cause cramping, which lessens with time but until then, ask your GP about safe pain medication. A hot compress or water bottle can help ease the pain.

Tears are common in childbirth, especially for first-time mums. With appropriate treatment, tears often heal within seven to 10 days but may still be sore for a few weeks. The affected area can be soothed with ice packs for up to 20 minutes at a time. To avoid aggravating the torn skin and keeping any stitches clean, use a squirt bottle containing lukewarm water to rinse after going to the bathroom instead of using toilet paper. Also avoid strenuous activity for two weeks after labour.

There are four different types of perineal tearing, ranging in levels of severity, including:

How will it change my body

In the survey, one in ten women said their biggest fear about giving birth is the changes it’ll make to their body.

“It would be unrealistic to believe your body won’t change post-pregnancy,” Rekha continued. “Prepare yourself for this and try not to put any pressure on yourself to lose the pregnancy weight quickly, give yourself time. Be proud of what your body has accomplished.”

Pregnancy hormones often make your hair thick and shiny but, unfortunately, three to four months after childbirth, you may lose hair quickly. While this can seem scary, your hair is just returning to its pre-pregnancy state and should be back to normal within six to 12 months. There are ways you can minimise this such as:

Tina added: “The perineum, abdomen and breasts are all likely to show some alterations which may or may not recover in the long term. Also, for a period after birth, the skeleton will remain a little loose so the pelvis may remain a bit bigger for a while as will the ribs and feet. Sometimes pre-pregnancy shoes don’t feel very comfortable.”

After giving birth, your oestrogen levels drop which can cause vaginal dryness. As breastfeeding keeps oestrogen low, you may experience dryness for the entire time you’re nursing. But if you aren’t breastfeeding, the dryness usually improves within a few weeks.

Rekha said: “Dryness can cause pain during intercourse. When you’re ready to have sex again, try using natural lubricants and vaginal moisturisers to temporarily relieve the dryness. However, it’s advised to avoid sex for six weeks after childbirth.”

Childbirth can also cause a loss of elasticity which can result in stress incontinence, vaginal soreness, infections and interference with sexual fulfilment.

Tina said: “The vagina may be a little more open initially but with good recovery, it will settle back. Sometimes the labia and perineum (the area between the anus and vulva) may look a little different. Good pelvic floor exercises will ensure that the pelvic floor retains its tone and the vagina will feel more normal.”

If these symptoms fail to improve, consider doctor-recommended therapies and avoid trying any dangerous health hacks and natural remedies with unfounded results.

Rekha explained: “Vaginal rejuvenation, known as Femilift, uses a laser to stimulate collagen growth within the vaginal wall to ease persistent and extremely uncomfortable dryness and strengthen the pelvic muscles.

“When a course of three treatments is carried out at four to six weekly intervals, the results can last up to two years. But this procedure isn’t suitable for women who are breastfeeding or pregnant.”

Although there are many common aspects of labour, no two births are the same. Some mums say they forget the pain, while some don’t. However, preparing yourself for what may occur can eliminate the element of surprise and help you stay calm.